A hub and a home

Rebecca Bredenhof tells Deb Hoy about her Reiki centre in The Hague.

‘It sounds like you have the perfect life’ I exclaim half way through chatting with Dutch Reiki master Rebecca Bredenhof. She smiles affirmatively. ‘In my work I live the perfect life’. ‘When was the last time you had a day off?’ I wonder aloud, ‘Well there’s not been one for 2 weeks, but I think maybe I have a day off on Saturday’, she muses, still smiling.

Perhaps Rebecca found her calling when she opened her Reikicentrum Zijn eleven years ago in The Hague area of The Netherlands. Her motivation was to create a place where she could support her students. Now she runs two weekly treatment evenings, and the students have been coming every week for four or five years now. Together they create a strong community. In addition to this there are many training opportunities: ‘Just for Today’ looks at the Reiki Principles, and Rebecca’s 5-month Public Practice program prepares students for setting up a Public Reiki Practice.

Since it’s opening in 2002, Reikicentrum has become a community hub, starting with and for her own students. The place functions as a home and centre at the same time, with treatment and teaching space downstairs and Rebecca’s own flat on the upper level, where she works at her computer (a picture of the Dalai Lama, a Reiki kanji, and prayer flags behind her) and often invites her master candidates to cook with her.

Rebecca teaches First Degree and Second Degree classes from the Reikicentrum and sees sometimes ten clients a week in one-to-one treatment time, sometimes none because she do give training. There is also a monthly drop-in group for students of all levels and lineage who want to connect and share Reiki but can’t commit to the regular weekly programs. Her master candidates each have one full day with her every six weeks, and twice a year all five of them come together for an intensive 4- or 5 day seminar – in January 2013 the theme was the element money. Rebecca advise them also to go to the master candidates seminar with Phyllis and Paul. Sometimes she invites a other Reikimaster to work with her master candidates.

One of the keys to the success of Reikicentrum Zijn is the level of commitment given and expected. Rebecca explains, ‘In the beginning it wasn’t always that busy, and I realized that if I am going to be available every week, then I need the students to commit themselves as well. So the weekly treatment evenings run in 13- week cycles and I ask each person to commit to the whole cycle. Initially some people were skeptical, but it works - there are more then 20 students coming every week right now. A 13-week cycle costs the same as First Degree, and it’s can be the next step in the students journey with Reiki.’

One of the groups is just for Reiki 2 students, and the other one was intended for all degrees, but Rebecca observed, ‘the Second Degree group was much more well-founded and stable and I noticed that the First Degree students need the energy of the Reiki 2 people more than they need the energy of the master’. She spoke to her Second Degree students about this, and some of them agreed to come to treatment evenings with the Reiki 1 students, which has resulted in both groups becoming more well-founded.

‘This place is a Reiki home’ she enthuses ‘My students tell me they feel that, and they feel safe enough to share their feelings in this space. One of the students write me ‘Reiki lives in the walls of this place’. If Rebecca is away, teaching in Europe, or attending Reiki Alliance meetings, then her master candidates will hold the groups in her absence. ‘There is power in this place, and a willingness from the students to keep it going’.

In the last few years Reiki masters from all over Holland come regularly to form groups, working together to deepen their understanding and practice of Reiki, Usui Shiki Ryoho. The master group meets now three times a year and receives in the beginning guidance and support from Phyllis Furumoto and Paul Mitchell via Skype. Rebecca collaborates with fellow Dutch Reiki master Willemijn Leedekerken to facilitate these sessions that look at the 9 Elements and 4 Aspects of the practice Usui Shiki Ryoho. ‘We have good transport links here, with bus, train and tram so it’s easy for people to gather at the Reikicentrum. From Amsterdam airport you been in 45 minutes to the Hague’.

This all is a thanks in part to the initial leap of faith Rebecca made in 2000, when she gave up her full- time job teaching IT and bookkeeping, four years after becoming a Reiki master. Reikicentrum Zijn is also a testimony to the dedication that she and her students have put into building their practice here. It demonstrates what can happen when a community maintains a spiritual practice in the same location, day after day, year after year.

‘I’ve heard many people say that you can’t make a living from Reiki, but I have been doing just that since Reikicentrum Zijn opened’. She explains, ‘The space is expensive, but I don’t need a lot for myself. In the beginning it was difficult, but students helped out – painting, cleaning and preparing the space, bringing in money when it was needed, organizing PR and giving out flyers. Now the energy here is very strong, and the Reikicentrum feels very stable’.

As the centre grows from strength to strength, Rebecca is finding that she is also called to projects further afield. ‘Two weeks ago I was invited to go and teach First Degree to a family of 10, and in the summer I go to Greece to run a Reiki wellness week at a retreat centre’. She has also been to Bosnia twice as a Reiki volunteer, and visited Japan as part of a Reiki history research team. She forms part of the Core Team for the international Reiki Home Project with Phyllis Furumoto, and sees all this as part of the deepening growth of Reiki and strengthening of Usui Shiki Ryoho.

Through the Reikicentrum Rebecca also voluntarily reaches out to her local community: For international Womens Day on 8th March, her and eleven students spent the day giving 32 treatments to roofless and homeless woman. ‘It was amazing’ she says, ‘And so nice to see the changes in the women when they got up off the Reiki table’.

Rebecca invites other Reiki masters to teach at her centre too. Past guests include Marta Getty, Rick Bockner, Phil Morgan along with Melanie Hoffstead from the UK. Sometimes students from other countries come to join workshops.

Rebecca represents her country in the Reiki Alliance, being first point of contact to public and over 150 masters across the Netherlands. She appears happy, but modest about the community connections she’s built. ‘It seems that as I get older, as Reiki master, I have more and more to offer. I feel very lucky. It’s a great gift for myself and for others that I get to do this work!’ 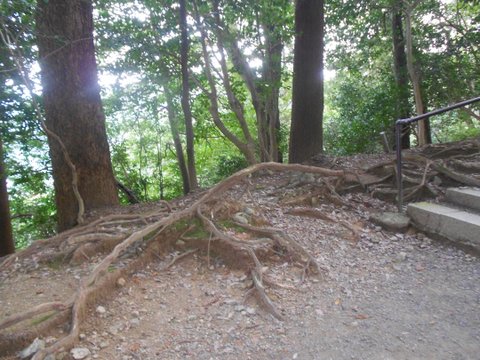